As mentioned in the previous blog post Stop Erosion Through Your Seawall with Polyurethane:

When it comes to seawalls, there is a lot more to learn than meets the eye. A seawall is like a living, breathing thing: especially in the way that they are designed to function. But like all living breathing things, they have a finite lifespan. For many of them, it's a mere 20 – 30 years. For many seawalls, their lifespan is a mere 20-30 years and depending on where you live, replacing a seawall can cost anywhere from $150 to $500 per foot. Today however, signs of seawall distress can be solved before they get too bad through the application of polyurethane grouts to seal leaks, fill voids, and stabilize the surrounding soils.

Now that you're armed with this information, let’s take a look at a few advantages of pursuing large industrial seawall projects over residential projects. 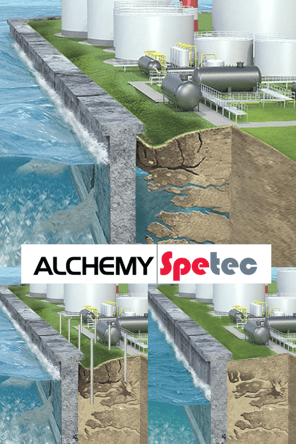 Industrial customers tend to have higher budgets. Commercial/industrial clients will usually have larger areas of seawall in need of repair than your typical residential customer.

Industrial property owners and managers are more likely to have additional properties needing repair. After you complete your first job for an industrial customer, keep in touch with them regularly so that you're top of mind when their next seawall repair problem arises.

More Bang for Your Buck

Think about it this way. You have to spend a certain amount of your marketing budget per lead anyways. Why not focus that money on industrial sized customers? You're more likely to get a higher return on your investment in the short term and seriously scale up your business in the long term.