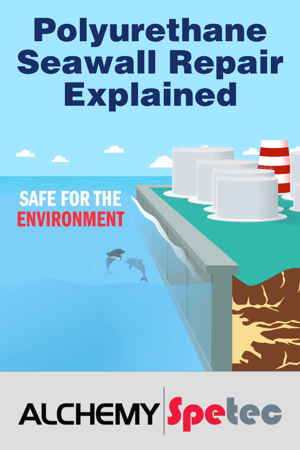 Why Do Seawalls Deteriorate?

The Elements
Salt corrosion, tidal action, currents, boat wakes, storm surges and heavy rain events all deliver a constant beating on the seawall. Every time it rains, or the irrigation system runs, and every time the tide goes out; all of the groundwater above the waterline has to vent or equalize. Tremendous pressures can build up if that water is trapped and cannot make its way into the sea or the storm water system.

Structural Aging
Correct construction of a seawall includes a drainage system to handle the bulk of the water that comes from rain in addition to check valves, weep holes, or seams to handle the daily influx and outflow from tide and wave action. Over time the materials degrade or can be disturbed by settling. The result is a loss of soil and the inevitable sinkholes and / or low spots that will occur along the wall. Other times, the weep holes and vents become clogged and the water has no way to escape except to force its way down and out from underneath the base of the wall. When this occurs there will again be sinkholes and sometimes wall failure.

Why Use Polyurethane for Seawall Repair?

Proven Solution
Seawall repair resins are used extensively seal cracks, voids and defects as well as for filling voids and stabilizing the soil.

Creates an Impermeable Mass
Polyurethane seals leaks along the wall, fills the voids that have occurred, and mixes with the soil to form a solid, impermeable mass.

What Are the Results of Polyurethane Seawall Repair?

Long Lasting Solution
Alchemy-Spetec seawall repair resins cure to a strength greater than crystalline bedrock. Combined with proper drainage, this method can greatly extend the life of your seawall.

Water Tight Seawall
The resin reacts with water or moisture in the soil and expands to fill voids while it permeates sandy soil to form a solid, strong, watertight mass.

Environmentally Safe
Alchemy-Spetec offers seawall repair resins that are approved for contact with drinking water (certified to NSF 61-5). That means they can be used anywhere without having an adverse effect on water quality.

Watch this brief overview of the polyurethane seawall repair process.