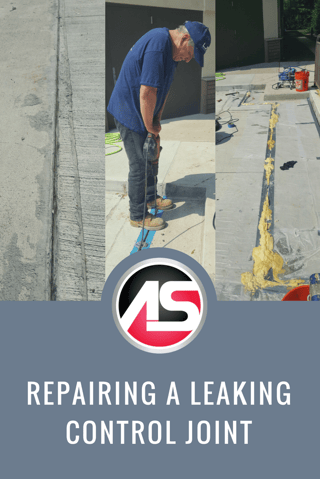 I recently consulted with LJS Waterproofing on a job involving leaking concrete slabs. This job involved a control joint (a planned crack which allows for movement caused by temperature changes and drying shrinkage). The joint seal that had begun to leak rain water into a conference room below.

To fix this problem, I suggested the use of Spetec F400. This polyurethane resin was chosen due to its high flexibility. When dealing with structures that move, such as parking decks, you do not want to use a resin that is rigid in any way. It will lead to cracking in the near future, which can result in job failure.

Armed with Spetec F400, LJS Waterproofing contractors began drilling into the control joint and pumping resin. After filling in the cracks, the leaks were completely repaired - with no water leaking into the room below. This job was completed within one work day.