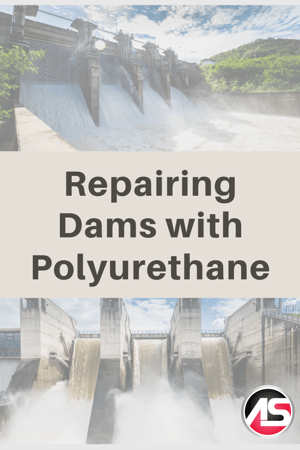 Dams Across the U.S. in Dire Need of Repair

On a cold morning last March, Kenny Angel got a frantic knock on his door. Two workers from a utility company in northern Nebraska had come with a stark warning: Get out of your house.

Just a little over a quarter-mile upstream, the 92-year-old Spencer Dam was straining to contain the swollen, ice-covered Niobrara River after an unusually intense snow and rainstorm. The workers had tried but failed to force open the dam's frozen wooden spillway gates. So, fearing the worst, they fled in their truck, stopping to warn Angel before driving away without him.

Minutes later, the dam came crashing down, unleashing a wave of water carrying ice chunks the size of cars. Angel's home was wiped away; his body was never found.

"He had about a 5-minute notice, with no prior warning the day before," Scott Angel, one of Kenny's brothers, said.

State inspectors had given the dam a "fair" rating less than a year earlier. Until it failed, it looked little different from thousands of others across the U.S. — and that could portend a problem.

A more than two-year investigation by The Associated Press has found scores of dams nationwide in even worse condition, and in equally dangerous locations. They loom over homes, businesses, highways or entire communities that could face life-threatening floods if the dams don't hold.

Excerpted from AP: At least 1,680 dams across the US pose potential risk
By David A. Lieb, Michael Casey And Michelle Minkoff

Specialty Grouting of Dams with Polyurethane

The recently released news story excerpted above is bringing major attention to the widespread problem of deteriorating dam infrastructure. In most cases, cementitious grout is used to repair dams at risk. But there are certain types of geologies that cementitious grout cannot penetrate or gets washed out of. This is where specialty grouting with polyurethane (and microfine cement) comes in. The following products can be used alongside cementitious grout for optimal results:

Spetec PUR F400
This is a is a solvent and phthalate free, water reactive, hydrophobic, closed cell, low viscosity, shrink-free, flexible, one-component polyurethane injection resin.  It can be used to seal fine cracks in dams that cementitious grout cannot reach.

Spetec AG200
This is a is a three-component, water-swelling hydrogel based on acrylic that hardens into an elastic product.  It can be used to stablize loose soil around dams.

AP Microfine 10
This is a microfine cement that penetrates very small openings such as soil pores and microscopic rock fissures in order to improve strength and reduce permeability.  It can be used in conjunction with Spetec AG200 to add strength to soil stabilization repairs around dams.

While cemententious grouting is the most common grouting method used to stop water flows and strengthen soils for dams, specialty grouting with polyurethane and/or microfine cements can be used to supplement or even replace standard centmentious grouting in areas it has troubles in.