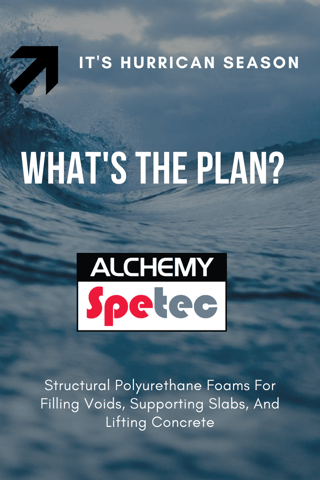 A few weeks ago, the start of "hurricane season" was officially recognized. Per usual, meteorologists predicted a higher than average degree of activity for this year. It’s easy to pile on the pressure for accuracy from the weather people, but last year they accurately predicted and tracked two storms that affected our coasts.

Hurricane Matthew and tropical storm Hermine both caused significant damage in the gulf and on the east coast. Matthew especially caused a tremendous amount of flooding as opposed to wind damage because of the way it tracked parallel to the coast for so long before making landfall.

Thanks to meteorologists, the death toll from those storms were kept to a minimum. If you didn't know, water and flooding are responsible for 88-90% of deaths from hurricanes. The worst on record being the Galveston hurricane of 1900 where between 6,000 and 12,000 perished. The property damage, however, is unavoidable no matter what the time period.

Last year after the hurricanes, we saw scouring/erosion underneath building footings and parking lot slabs. We saw stairways undermined, as well as historical buildings with huge voids underneath them. Not to mention, roadways, sidewalks, marinas, and infrastructure equally impacted from erosion of soil. A few of the contractors we work with were hired to do void filling underneath some of these buildings, but in a lot of cases these repairs are not addressed immediately - leaving a lot of the market still open.

The AP Lift series of structural polyurethane foams can be used to fill voids caused by scouring, to support suspended slabs by preventing further damage from settling, and to lift concrete that has sunken due to erosion from water. Not only can these products be applied rapidly, they can be pumped into places other products like concrete can’t reach. Displacing water as they react, and having the ability to support loads within 15 minutes, polymers are ideal for these types of repairs. Additionally, polymers are the only product you can shoot under an overhanging slab or footing that will expand and fill up completely.

If you call on people from FEMA or other local emergency management agencies this year, or insurance companies for that matter, let them know there is a solution that is readily available, permanent, and can prevent further damage from occurring to an undermined structure. We can assist with preparing and giving presentations in many cases.  Just give us a call at 404-618-0438.